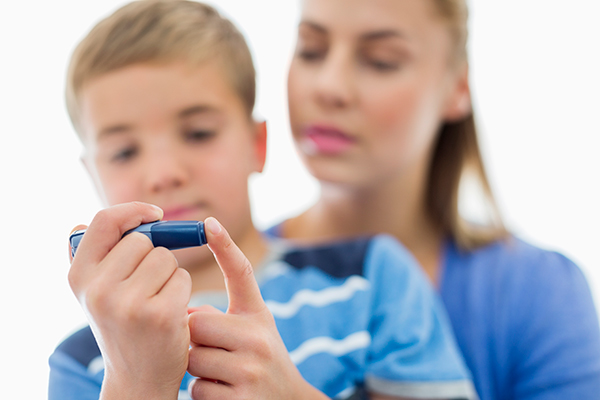 Research by scientists in the U.S. and U.K. has demonstrated how a single course of antibiotics given early in life can significantly increase the risk of developing type 1 diabetes (T1D), at least in a mouse model. The studies, headed by Martin Blaser, M.D., director of the Human Microbiome Program at New York University (NYU) School of Medicine, and reported in eLife, found that giving very young diabetes-predisposed mouse pups a single, 5-day therapeutic course of antibiotics resulted in “deep and persistent” effects on the intestinal microbiome, which accelerated and enhanced T1D development. Changes to the diversity of different types of GI bacteria were linked with a cascade of effects including altered bacterial metabolites and gene expression, and interaction with the animals’ intestinal cells. These effects collectively changed the development and function of the innate and adaptive immune systems.”

“Our findings confirm earlier work showing that antibiotics can increase the risk for type 1 diabetes,” says lead study author Xuesong Zhang, Ph.D., assistant professor of Medicine at NYU School of Medicine. “Even a single early life course may perturb the intestinal microbiome in ways that lead to long-term consequences in the intestinal wall, including immune cell changes and damage to the pancreas.”

The NYU researchers and colleagues in the U.S. and U.K. reported their findings in a paper titled, “Antibiotic-induced acceleration of type I diabetes alters maturation of innate intestinal immunity.”

The human gastrointestinal (GI) tract plays a key role in the development of the immune system, the authors explained. A healthy microbiome is implicated in how the immune system learns not to attack the body’s own cells. Conversely, changes to the composition of GI microbiota have already been shown to impact on the risk of inflammatory conditions such as T1D, asthma, and inflammatory bowel disease, by disrupting immune system development.

T1D develops when immune system T cells destroy pancreatic islet cells that produce the hormone insulin, which controls levels of glucose in the blood. The incidence of T1D is increasingly global, and the decreasing age of onset “coincides with the widespread use of antibiotics in children,” the authors pointed out. Recent studies carried out in the non-obese diabetic (NOD) mice model demonstrated that three courses of antibiotics changed their GI microbiota and intestinal T cell populations, “accelerating T1D development.”

To further evaluate the effects of antibiotics on T1D, young NOD mice were given either a single (1PAT) course, a course of pulsed antibiotic (macrolide) treatment (1PAT) or three courses (3PAT) of the antibiotic. While nearly 80% of the female mice spontaneously developed T1D irrespective of antibiotic therapy, in male mice both the 1PAT or 3PAT regimens of antibiotic therapy led to much faster and enhanced T1D rates than in control mice.

Even the single course of antibiotics resulted in marked suppression of GI microbiota diversity. Genomic analysis of fecal samples showed that in particular, four taxonomic groups of bacteria, Enterococcus, Blautia, Enterobacteriaceae, and Akkermansia, were more abundant in the GI tracts of antibiotic-treated mice when compared with control mice. Populations of another four bacterial taxa, S24-7, Clostridiales. Oscillospira, and Ruminococcus, were reduced in 1PAT-treated mice during the period in the animals’ lives that has previously been shown to be critical for educating the immune system.

Interestingly, Enterococcus, Blautia, Akkermansia, and Enterobacteriaceae species are pathobionts that can cause disease in response to environmental changes. “ … the have also been linked with pathological processes in other intestinal microbiome studies,” the authors wrote.

Analysing the fecal metagenome of the 1PAT and control animals also found changes to bacterial gene expression involved in bacterial metabolic pathways and cell structure, including pathways relating to bacterial communication and bacterial amino acid synthesis and degradation, which could play roles in immune regulation. “…up-regulation of these intestinal bacterial amino acid pathways by 1PAT could affect intestinal and systemic homeostasis in the pups, and may affect subsequent T1D onset,” the authors wrote.

Single-course antibiotic therapy also led to changes in levels of host metabolites in the animals’ serum and livers, providing “direct evidence that the PAT-altered microbiome produces a metabolic signal that is transduced into the host.”. 1PAT mice similarly exhibited changes to GI cell gene expression profiles, including intestinal genes involved in immune cell and receptor signaling and antibody production.

Interestingly, RNA sequencing studies showed that the differences in gene expression between the 1PAT mice and control mice were much greater in male animals than in female animals, which was consistent with the initial findings that the single antibiotic course significantly accelerated the development of T1D in males. “Thus, RNA-Seq studies indicated a broad effect of the microbiome changes on the maturation of early-life intestinal gene expression, with asymmetric effects in males and females, consistent with their differential development of accelerated T1D later in life.”

Interestingly, further genetic analysis showed that animals exposed to 1PAT demonstrated changes to the maturation of intestinal genes and pathways relating to innate immunity and inflammation, and T cell and B cells in the spleen and pancreas. “Exposure to 1PAT decreased the total numbers of genes maturing in both early life males and females, disproportionately affecting those involved in innate and adaptive immune pathways, including those in Toll-like receptor (TLR) signaling, NOD-like receptor signaling, and Th17 cell differentiation; each of these pathways have been implicated in prior T1D studies … These results indicate that following PAT, there are altered frequencies of adaptive immune cells downstream of the intestine in the spleen and in the target organ (pancreas), preceding T1D development.”

The authors said their findings indicate a plausible model to explain how 1PAT impacts T1D in male NOD mice. Feasibly, early antibiotic administration selects for specific intestinal microbial populations, particularly those that are predicted to have highly active metabolism, and so host interaction. These altered microbial populations and products interact with epithelial cells in the gastric tract, changing gene expression and maturation. The effects downstream on innate genes and pathways and metabolic changes then influence how adaptive immunity develops.

“Together the broad cascade of events altering the expression of specific host genes and pathways appears sufficient to trigger and accelerate T1D in males,” the researchers concluded.  “These studies contribute to a growing body of evidence on the effects of early life antibiotic exposures in mouse models of disease.”