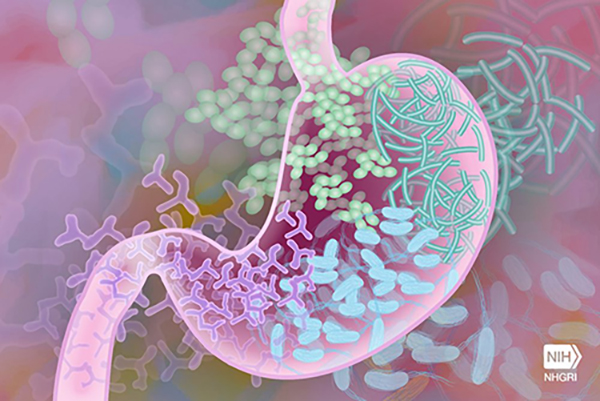 Antibiotics are essential for treating bacterial infections. But the more they are used, the more resistance occurs. A key challenge in the use of antibiotics is figuring out how to use them without promoting the evolution of resistance. Now, a study has found that an inexpensive, FDA-approved drug—the bile acid sequestrant cholestyramine—taken in conjunction with an intravenous antibiotic, allows for treatment without driving the evolution and onward transmission of resistance.

The study is published in eLife, in the paper, “An adjunctive therapy administered with an antibiotic prevents enrichment of antibiotic-resistant clones of a colonizing opportunistic pathogen.”

In the study, the team repurposed cholestyramine, which they show binds the antibiotic daptomycin, as an “anti-antibiotic” to disable systemically-administered daptomycin reaching the gut.

“Antimicrobial resistance is a serious problem that has led to people dying from common bacterial infections,” said Andrew Read, PhD, t he Evan Pugh professor of biology and entomology and director of the Huck Institutes of the Life Sciences at Penn State. “Many of our most important antibiotics are failing, and we are beginning to run out of options. We have created a therapy that may help in the fight against antimicrobial resistance, an ‘anti-antibiotic’ that allows antibiotic treatment without driving the evolution and onward transmission of resistance.”

According to Valerie Morley, PhD, postdoctoral scholar in the Huck Institutes of the Life Sciences, Penn State, an important cause of antibiotic-resistant infections in healthcare settings is vancomycin-resistant Enterococcus faecium (VRE).

“E. faecium is an opportunistic pathogen that colonizes the human gastrointestinal tract and spreads via fecal-oral transmission,” she said. “The bacterium is asymptomatic in the gut but can cause serious infections, such as sepsis and endocarditis, when introduced to sites like the bloodstream or the spinal cord.”

Morley noted that daptomycin is one of the few remaining antibiotics to treat VRE infection, yet VRE is quickly becoming resistant to daptomycin as well. Daptomycin is administered intravenously to treat infections caused by VRE. The antibiotic is mostly eliminated by the kidneys, but 5–10% of the dose enters the intestines, where it can drive the evolution of resistance.

To investigate whether systemic daptomycin treatment does, indeed, drive an increase in daptomycin-resistant VRE, the team inoculated mice orally with different strains of daptomycin-susceptible VRE. Beginning one day after inoculation, the researchers gave the mice daily doses of either subcutaneous daptomycin, oral daptomycin, or a control mock injection for five days. The team used a range of doses and routes of administration, including those that would be similar to clinical human doses, to maximize the likelihood of observing resistance emergence. Next, they collected fecal samples from the mice to measure the extent of VRE shedding into the environment and to determine daptomycin susceptibility of the VRE bacteria that were present in the feces.

The researchers found that only the highest doses of daptomycin consistently reduced fecal VRE below the level of detection, whereas lower doses resulted in VRE shedding. From the bacteria that were shed, the team found that one strain acquired a mutation in a gene that had previously been described in association with daptomycin resistance, while another acquired several mutations that had not previously been associated with daptomycin resistance.

“Our experiments show that daptomycin resistance can emerge in E. faecium that has colonized the GI tract, and that this resistance can arise through a variety of genetic mutations,” said Morley.

The team also observed that daptomycin-resistant bacteria were shed even when the daptomycin was administered subcutaneously.

“We have shown that cholestyramine binds the antibiotic daptomycin and can function as an ‘anti-antibiotic’ to prevent systemically administered daptomycin from reaching the gut,” said Read.

Amit Pai, PharmD, professor and chair of the department of clinical pharmacy, University of Michigan, noted that no new strategies have been developed to reduce antimicrobial resistance beyond the use of combination therapy, the development of vaccines for upper and lower respiratory tract infections, and simply reducing the unnecessary use of antibiotics.

“These are blunt instruments for antimicrobial resistance reduction at the population level but do not readily translate to an intervention that can be used in individuals,” said Pai. “Reducing selective antibiotic pressure on bacteria that reside in the colon is a potential individual-level strategy that deserves greater attention.”