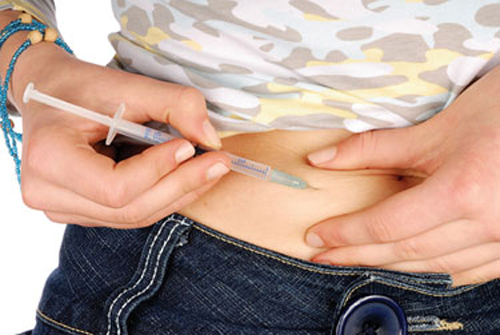 The results of research by a team of scientists at Kumamoto University in Japan could feasibly provide the foundation for developing orally administered forms of insulin that would free diabetes patients from daily injections. The team’s studies first found that L-DNP peptide, a small intestine-permeable cyclic peptide originally used as an insulin additive to improve absorption into the small intestine, lowers blood glucose levels in mice. They then demonstrated that insulin can be administered orally by simply adding the D-form of the DNP peptide (D-DNP) to injectable insulin used in clinical practice. The results could represent the foundation for developing a more patient-friendly form of insulin therapy.

“Our study shows that we were able to build a foundation for the development of oral insulin using D-DNP peptides,” said research lead Shingo Ito, PhD. “In the future, we expect to contribute to oral insulin drug discovery by developing a method to further enhance insulin absorption by the small intestine by optimizing the administration method.” Ito and colleagues reported on their studies in Molecular Pharmaceutics, in a paper titled, “Oral Coadministration of Zn-Insulin with D‑Form Small Intestine-Permeable Cyclic Peptide Enhances Its Blood Glucose-Lowering Effect in Mice.”

It has been over 100 years since the discovery of insulin, but developing oral formulations for treating diabetes has remained “a challenge,” the authors wrote. For many patients self-injecting insulin—which is painful and can represent a major burden—remains the best way to control blood glucose. Developing oral insulin has proven difficult due to poor permeability across the small intestine, and because of enzymatic digestion in the gastrointestinal tract. “…oral delivery of insulin requires that the enzymatic barrier (that leads to rapid insulin degradation) and the permeability barrier (that limits the absorption of insulin in the small intestine) are both overcome.”

The researchers’ solution to the issue is based on the use of the DNP peptide that they had previously identified, which can permeate large molecules across the small intestine, together with an insulin hexamer that was created by adding zinc. “In our previous study, we identified a novel small intestine-permeable cyclic peptide, C-DNPGNET-C (C−C disulfide bond, cyclic L-DNP peptide), which is negatively charged at physiological pH,” they explained. “… cyclic L-DNP peptide can be considered as a potential small intestine-permeable CPP [cell-permeable peptide] candidate that can facilitate insulin absorption by enhancing both internalization and release of insulin in the small intestine.”

Encouragingly, when the mixture was administered to mice orally, blood glucose levels also began decreasing after 15 minutes and were maintained for at least 120 minutes. For both administration methods, the D-DNP peptide produced a stronger hypoglycemic effect than a L-DNP peptide synthesized from L-amino acids. And when the mixture was administered either intraintestinally or orally to a streptozotocin (STZ)-induced mouse model of diabetes, the animals’ blood glucose levels began to drop after 30 minutes. “Intraintestinal and oral coadministration of Zn-insulin and cyclic D-DNP derivative successfully reduced blood glucose levels in the STZ-treated mice, which mimics the type 1 diabetes mellitus phenotype in mice,” the investigators stated. There was also no evidence that the D-DNP derivative induced any cytotoxicity either locally in the small intestine, or systemically, after a single-dose intraintestinal administration.

Based on their previous work, and the fact that many insulin injections already contain zinc insulin hexamers, the researchers hypothesized that oral insulin could be developed by adding the D-DNP peptide to currently used injectable insulin formulations. To test this, they added the peptide to HumulinR3/7 (an injectable insulin) and gave the mixture to mice orally. “… oral coadministration of the cyclic D-DNP derivative enhanced the effect of Zn-insulin hexamers (Humulin3/7) in mice,” they noted.

Nevertheless, they concluded, “Results from our present study demonstrate that cyclic D-DNP derivative enhanced the permeation of human regular insulin in Humulin3/7 from the small intestine of mice. Based on our present findings, we believe that the addition of cyclic D-DNP derivative to an insulin injection solution could facilitate the development of oral insulin.” And as the team concluded, “Reformulation of insulin injection to oral insulin is advantageous because the oral formulation may not be as effort intensive as the injection formulation.”