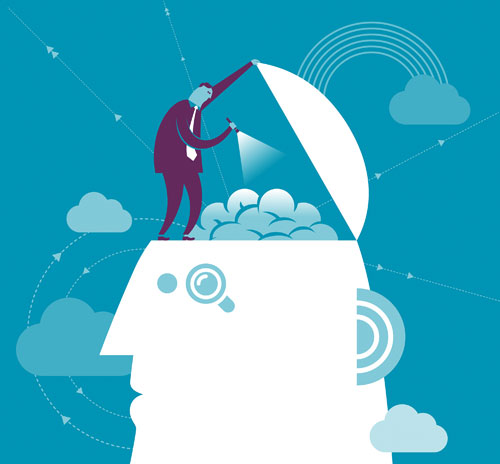 The pituitary gland is the size of a pea, but it plays a major role in the endocrine system. It is often called the master gland because it controls several other hormone glands in the body. Almost all pituitary hormones are altered by aging in humans, often in a manner dependent upon sex, body composition, stress, comorbidity, intercurrent illness, medication use, physical frailty, caloric intake, immune status, level of exercise, and neurocognitive decline. Now in a mouse-model study, researchers at KU Leuven have discovered that the pituitary gland in mice ages as the result of an age-related form of chronic inflammation. Their findings suggest the potential to one day slow down this process or help repair it.

Their findings are published in the journal Proceedings of the National Academy of Sciences (PNAS) in a paper titled, “Interleukin-6 is an activator of pituitary stem cells upon local damage, a competence quenched in the aging gland.”

“My research group discovered that the pituitary gland ages as a result of a form of chronic inflammation that affects tissue and even the organism as a whole, explained Hugo Vankelecom, PhD, professor in the department of development and regeneration at KU Leuven. “This natural process usually goes unnoticed and is referred to as ‘inflammaging’—a contraction of inflammation and aging. Inflammaging has previously been linked to the aging of other organs.”

“This stem cell reaction was contrasted with the aging (middle-aged) pituitary, known to have lost damage-repair capacity,” wrote the researchers. “Stem cells in the aging pituitary show regressed proliferative activation upon injury and diminished in vitro organoid formation. Single-cell RNA sequencing uncovered interleukin-6 (IL-6) as being up-regulated upon damage, however only in young but not aging pituitary.”

The findings open a number of potential therapeutic avenues, posing the question whether it would be possible to reactivate the pituitary.

Further research will be needed to determine if this work can be applied to humans. “Mice have a much greater regeneration capacity than humans. They can repair damaged teeth, for instance, while humans have lost this ability over the course of their evolution. Regardless, there are plenty of signs suggesting that pituitary processes in mice and humans are similar, and we have recent evidence to hand that gene expression in the pituitaries of humans and mice is very similar. As such, it is highly likely that the insights we gained will equally apply to humans.”