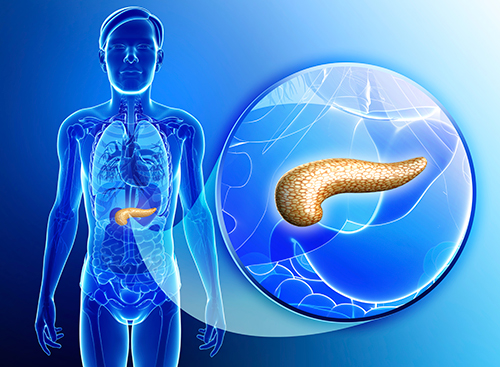 New research has shown that pancreatic cancer cells can be coaxed to revert back toward normal cells by introducing a protein called E47.

A silent disease is often characterized as showing little to no signs or symptoms until the disease has progressed to an advanced stage—pancreatic adenocarcinoma is one such type of disease and accounts for approximately 85% of all pancreatic cancer cases. There are few treatment options for this disease and prognosis is often very poor, yet new research from a collaboration of scientists at the University of California, San Diego, Purdue University, and led by a team at Sanford-Burnham Medical Research Institute (SBMRI) in La Jolla, may provide some much needed hope for the future.

The researchers were able to observe that pancreatic cancer cells could be coaxed to revert toward a more normal acinar cell phenotype with greatly reduced tumorigenic properties. The investigators achieved this through the addition of the transcription factor E47, which typically controls genes involved in growth and differentiation.

“For the first time, we have shown that overexpression of a single gene can reduce the tumor-promoting potential of pancreatic adenocarcinoma cells and reprogram them toward their original cell type,” said Pamela Itkin-Ansari, Ph.D., adjunct professor in the Development, Aging, and Regeneration Program at SBMRI and senior author on the current study. “Thus, pancreatic cancer cells retain a genetic memory which we hope to exploit.”

The findings from this study were published recently in Pancreas through an article entitled “The Basic Helix-Loop-Helix Transcription Factor E47 Reprograms Human Pancreatic Cancer Cells to a Quiescent Acinar State With Reduced Tumorigenic Potential.”

Dr. Itkin-Ansari and her collaborators generated human pancreatic ductal adenocarcinoma cell lines that were able to produce increased levels of E47. What they found was that the high levels of E47 caused the cancer cells to stall in the G0/G1 stage of the cell cycle—shortly thereafter beginning the differentiation process back toward the normal cell phenotype.

Additionally, when the SBMRI team transplanted the reprogrammed cancer cells into mice they found the ability of those cells to form tumors was diminished drastically.

“Presently, pancreatic adenocarcinoma is treated with cytotoxic agents, yet the average survival for patients post-diagnosis is merely six months, and the improvements in therapies are measured in days,” explained Andrew M. Lowy, M.D., professor of surgery at UC San Diego Moores Cancer Center and co-chair of the National Cancer Institute’s Pancreatic Cancer Task Force and not a co-author on the current study. “The finding that we can differentiate these cancer cells back to a non-threatening phenotype is encouraging. Indeed, there is a precedent for cell differentiation therapy in that the approach has been used to treat acute promyelocytic leukemia and some neuroblastomas successfully.”

The scientists are optimistic about their work having a transformative effect in the field of pancreatic cancer research, but understand that their results are preliminary and much more work will need to be done to understand the molecular underpinnings of this disease.

“Our next step is to test primary patient-derived tumor tissue to determine whether E47 can produce similar results, potentially providing a novel therapeutic approach to combating this highly lethal disease,” stated Dr. Itkin-Ansari. “Additionally, we are screening for molecules—potential drugs—that can induce overexpression of E47.”