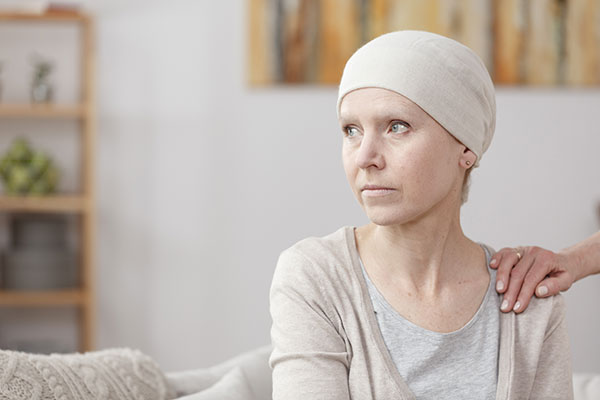 King's College London researchers say they may have discovered a method to identify lymph node–positive breast cancer patients most likely to develop incurable metastases and those who are less at risk. They published their study (“Histological Scoring of Immune and Stromal Features in Breast and Axillary Lymph Nodes Is Prognostic for Distant Metastasis in Lymph Node-Positive Breast Cancers”) in The Journal of Pathology: Clinical Research.

“In a cohort of 309 patients enriched for TNBCs (170/309), we histologically characterised immune and stromal features in primary tumours and associated involved and uninvolved axillary LNs on routine haematoxylin and eosin stained sections. Out of the 309 patients, 143 had LN-positive disease. Twenty-five histopathological features were assessed, including the degree of TIL presence, quantitative and qualitative assessment of germinal centres (GCs) and sinus histiocytosis. Multivariate and cross- validated proportional hazard regression analyses were used to identify optimal covariate sets for prediction of distant metastasis free survival (DMFS).”

“The degree of intratumoural and peritumoural immune infiltrate was associated with architectural changes in both uninvolved and involved LNs,” wrote the investigators.”

“By including clinicopathological characteristics as well as tumour and LN histopathological features in L2-regularised proportional hazard models, the prediction of 5-year DMFS was improved by 3–15% over the baseline in all cancers and in TNBCs. In LN-positive cancers, the combination of Salgado’s classification, lymphocytic lobulitis, size and number of GCs in the uninvolved LN and location of GCs in the involved LN carried significant prognostic information. From these features, a multivariate cross- validation-stable risk signature was constructed, which identified low-risk groups within both LN-positive breast cancers and the LN-positive TNBCs group with a 10-year DMFS probability of 78% and 87%, respectively.”

“This study illustrates that by incorporating histopathological patterns of involved and uninvolved LNs combined with immune and stromal features of primary tumour, the prediction of developing distant metastasis in LN-positive breast cancers can be estimated more accurately.”

Looking at both positive and negative lymph nodes, the team found it is the features of the cancer-free lymph nodes that may add valuable information to help predict the likelihood of the disease spreading. By applying sophisticated mathematical models, researchers were able to analyze morphological changes of the lymph nodes and develop a score to predict an individual's risk of breast cancer spread. Of the patients whose lymph node status was known, 143 had cancer cells present in their lymph nodes and were therefore thought to have a higher risk of developing cancer in distant organs.

Furthermore, within this high-risk group, around a quarter of women were in fact unlikely to develop metastasis within ten years. Early results showed that variances in the architectural features of cancer-free lymph nodes could help doctors differentiate between patients that are more or less likely to develop secondary cancers.

If validated in larger studies, these results could mean that it may be possible to identify those at the highest risk of their breast cancer spreading, with more aggressive treatments targeted specifically to them, while those at low risk could be spared treatments that may not benefit them, as well as the subsequent side effects.

According  to Anita Grigoriadis, Ph.D., leader of the Cancer Bioinformatics group, “At present the tissue of breast cancer patients is routinely investigated to determine if the cancer has spread to the lymph nodes. This new interdisciplinary research including pathologists, mathematicians, and bioinformaticians, suggests that there is a need to get ahead of the 'cancer curve' and identify other markers whose presence suggests that cancer may develop.”

“With our method, we utilize tissue that is used routinely for diagnosis of breast cancer patients. By inspecting more features of the lymph node, we can separate the lymph node–positive breast cancer patients into a group that will develop distant metastasis quickly, and identify those patients who have very little risk of getting secondary cancers. We can therefore provide crucial information and might identify low-risk patients among a high-risk group.”

“That analyzing the architecture of lymph nodes could help predict whose breast cancer is likely to spread, and ultimately help guide treatment, is a highly exciting prospect. If we are to finally stop people dying from breast cancer, we need to find ways to prevent the disease from spreading around the body, where it becomes incurable,” said Baroness Delyth Morgan, chief executive at Breast Cancer Now, which funded the study. “This analysis could in theory be easily integrated into current diagnostic tools, with further validation now needed in larger groups.”