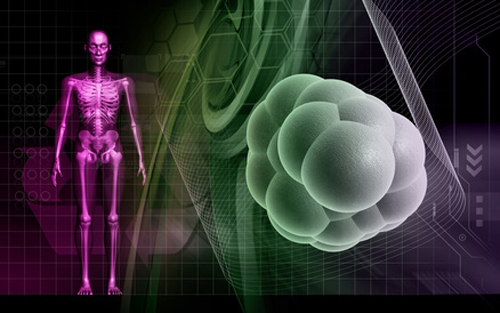 Protein has a two-pronged approach of silencing or activating pluripotency genes depending on context.

A research team at the University of North Carolina (UNC) at Chapel Hill is reporting on two studies on the Tet1 protein’s location in the mouse genome. They found a surprising dual function and reportedly offer the first genome-wide location of the protein and its product, 5-hydroxymethylcytosine.

UNC biochemist Yi Zhang, Ph.D., whose team conducted the studies, called the findings an important step in understanding the molecular mechanisms behind cell differentiation and the development of cancer. Results appear in two recent papers, published online March 30 in Nature and in the April 1 issue of Genes & Development.

“There is no doubt that Tet proteins are relevant to cancer,” says Dr. Zhang, Kenan distinguished professor of biochemistry and biophysics. Tet proteins were initially discovered in leukemia as fusion proteins, which are commonly found in cancer cells, where they may function as oncoproteins. In addition, Dr. Zhang notes, “Tet is likely to be one of the important players for stem cell reprogramming.” Tet proteins are known to help stem cells stay pluripotent.

“On one hand, it silences the genes that are important for differentiation,” Dr. Zhang reports. “On the other hand, it also activates pluripotency genes.”

“Everybody is trying to understand what 5-hydroxymethylcytosine is doing,” Dr. Zhang notes. “Is it an intermediate, or is it an end product? What is its biological function?”

Dr. Zhang’s team mapped the distribution of 5-hydroxymethylcytosine across the genome. “We found that its role in regulating transcription is complicated,” he says. “It’s not simply activating or repressing genes—it depends on the context.”

Like much of science, the research answers some questions while raising others. “This study is just beginning,” asserts Dr. Zhang. Although Tet1 is known to generate 5-hydroxymethylcytosine, there are places where one exists without the other. Further investigation could reveal more about the relationship between the two and whether other enzymes may play a role. In addition, scientists need to examine how Tet1 and 5-hydroxymethylcytosine function in animal models.