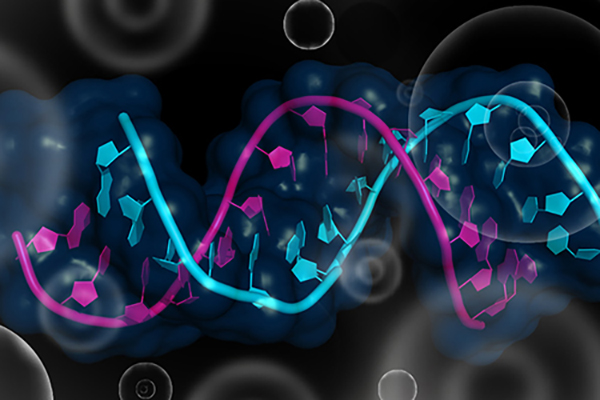 The team, led by scientists at The University of Texas Medical Branch (UTMB) at Galveston and Baylor College of Medicine, found that losing a section of mRNA that was previously thought to transform normal cells into cancerous ones actually acts by blocking the body's ability suppress the formation of tumors. The finding could completely alter the way that medical science approaches the formation of tumors, according to the researchers.

“Widespread mRNA 3′ UTR [3' untranslated region] shortening through alternative polyadenylation promotes tumor growth in vivo. A prevailing hypothesis is that it induces proto-oncogene expression in cis through escaping microRNA-mediated repression. Here we report a surprising enrichment of 3′ UTR shortening among transcripts that are predicted to act as competing-endogenous RNAs (ceRNAs) for tumor-suppressor genes. Our model-based analysis of the trans effect of 3′ UTR shortening (MAT3UTR) reveals a significant role in altering ceRNA expression. MAT3UTR predicts many trans-targets of 3′  UTR shortening, including PTEN, a crucial tumor-suppressor gene involved in ceRNA crosstalk with nine 3' UTR-shortening genes, including EPS15 and NFIA,” write the investigators.

In molecules throughout the body, the 3' UTR is a section of mRNA that can alter gene expression. It's known that shortening this RNA section promotes cancerous tumor growth.

“Researchers have historically thought that this was because 3' UTR shortening induces the expression of proto-oncogenes, normal genes that when altered by mutation or expressed too high, become oncogenes that can transform a normal cell into a cancer cell,” said Eric Wagner, Ph.D., UTMB associate professor in the department of biochemistry and molecular biology. “However, using a combination of computational approaches and cancer cell models, we found that 3' UTR shortening in tumors actually causes tumor-suppressing genes to be turned off.”

The researchers used big data analyses to reconstruct the RNA thought to form global regulatory networks within breast tumor cells and their matched normal tissues. This approach identified the fact that 3' UTRs are vital in regulating these global regulatory networks. Using this new information, they then disrupted these networks within breast cancer cells to test the effects on tumor growth.