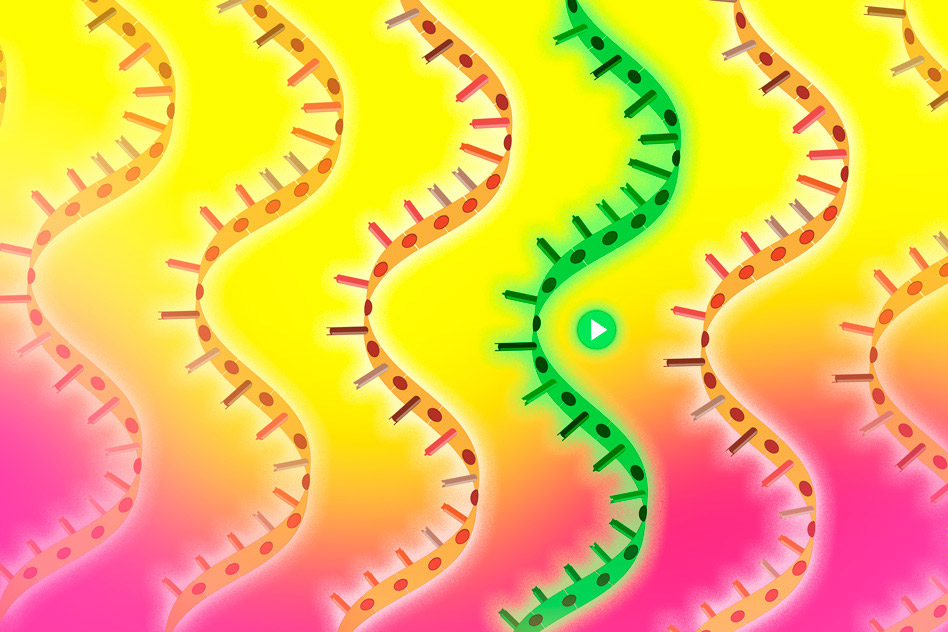 Scientists at the Massachusetts Institute of Technology (MIT) have developed a modified form of CRISPR/Cas9 gene editing that can effectively screen cells for genes that protect against different diseases. Led by Timothy Lu, M.D., Ph.D., associate professor of electrical engineering and computer science, and of biological engineering, the MIT team used the technique in a yeast model of Parkinson’s disease (PD) to identify genes that protected against α-synuclein (αSyn) toxicity. When human homologs of the top-ranking genes were subsequently tested in a human neuronal cell model of Parkinson’s disease, they protected the cells against αSyn-induced cell death. The researchers suggest that the genes could be evaluated as a form of gene therapy for neurodegenerative disorder. They report on their studies in Molecular Cell, in a paper entitled “Randomized CRISPR-Cas Transcriptional Perturbation Screening Reveals Protective Genes against Alpha-Synuclein Toxicity.”

The CRISPR/Cas9 gene-editing system uses short RNA guides to direct the DNA-cutting enzyme Cas9 to specific sequences in the genomes of cells in living organisms. The system can be used to either delete genes or insert new sequences at target sites. Dr. Lu’s team engineered the Cas9 protein so that it is still directed to specific genomic sequence by the guide RNA (gRNA), but instead of cutting the DNA, the modified Cas9 binds to the target site and recruits transcription factors that switch the gene on. Dependent upon its sequence, each gRNA may target just a single gene, or multiple genes in a cell, which means that the technique can be used to randomly screen the entire genome for genes that impact on cell survival.

“What we decided to do was take a completely unbiased approach where instead of targeting individual genes of interest, we would express randomized guides inside of the cell,” Lu says. The team tested the approach in engineered yeast cells that overproduce αSyn, the protein that aggregates in the brains of PD patients and is normally toxic to yeast cells.

Using the CRISPR screen, they identified one gRNA strand in particular that “outperformed the overexpression of any single gene” previously identified, in terms of protecting the yeast cells against αSyn-associated toxicity. Further screening showed that some of the genes turned on by the gRNA act as chaperone proteins that aid protein folding, which the researchers suggest may help to ensure proper folding of the αSyn protein to prevent clump formation. Other genes activated by the same gRNA encode mitochondrial proteins, and trafficking proteins that play roles in packaging and transporting other proteins.

When the team next tested some of the human homologs of these genes in an established in vitro neuronal model of PD, they found that the neurons were protected against αSyn-associated death.

Continuing research by the MIT researchers is aimed at finding out whether the gRNA turns each gene on directly, or whether it activates regulatory genes that switch on the transcription of other genes.  “…future work should investigate the underlying mechanisms of neuroprotection from the hits identified in this study,” they write. “These insights could help to develop neuroprotective strategies or engineer αSyn-resistant neuronal cells that could help prevent progressive neurodegeneration in PD patients diagnosed early.” The team is also using the technology to screen for genes against other disorders, and have identified genes that may protect against some effects of aging.