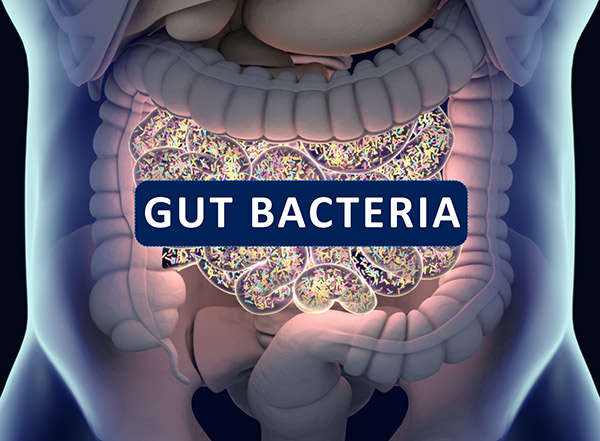 Scientists have uncovered a link between an individual’s gut bacteria and their response to anticancer immune checkpoint inhibitor therapy (ICT). A team of researchers at the Harold C. Simmons Comprehensive Cancer Center in Texas carried out what they claim is the first prospective study looking at the effects of human gut microbiota and metabolites on response to ICT for metastastic melanoma, using either ipilimumab, nivolumab, ipilimumab plus nivolumab (IN), or pembrolizumab (P) therapy.

“Our research suggests there were certain good-guy bacteria that are needed to optimize the effectiveness of checkpoint inhibitors,” commented Andrew Koh, M.D., associate professor of pediatrics and microbiology with the Simmons Cancer Center, who led the research and is senior author of the team’s published paper in Neoplasia (“Metagenomic Shotgun Sequencing and Unbiased Metabolomic Profiling Identify Specific Human Gut Microbiota and Metabolites Associated with Immune Checkpoint Therapy Efficacy in Melanoma Patients”). He added, “these bacteria somehow prime your immune system so that it's better able to attack cancer cells and kill them.” Dr. Koh is also director of pediatric hematopoietic stem cell transplantation at the UT Southwestern Medical Center.

Although ICT achieves durable remission in up to 50% of patients with metastatic melanoma, a significant proportion of patients fail to respond or experience severe autoimmune adverse effects, the researchers note. Increasing evidence suggests that gastrointestinal bacteria can influence host immune responses, and studies in mice indicate that the gut microbiome is “a major factor determining ICT response.”

These findings prompted the Simmons Comprehensive Cancer Center team to look more closely at the microbiomes of patients starting ICT for metastatic melanoma. They used metagenomic shotgun sequencing (MSS) to analyze DNA in fecal samples taken from 39 metastatic melanoma patients prior to their start of ICT therapy, and again at intervals during the course of treatment. The researchers also partnered with North Carolina–based Metabolon to carry out ultrahigh-performance liquid chromatography-tandem mass spectroscopy (UPLC-MS/MS) for metabolomics profiling.

Apart from these distinct variations in gut flora, there were no major microbiome species differences across the board, the authors noted. “Interestingly, despite distinct gut microbiota signatures, overall gut microbiome diversity was not significantly different between responders and those with progressive disease.” The patients’ microbiomes also weren’t affected by antibiotic or probiotic use, and the general abundance of different species didn't change after a month of therapy, although there was evidence of some changes in species abundance during therapy, which the authors say will need to be investigated in larger trials.

The MSS analysis in addition showed that ICT responder patients’ microbiomes were significantly enriched with bacterial enzymes involved in fatty acid synthesis, while the microbiomes of IN  responders were enriched with bacterial enzymes involved in inositol phosphate metabolism. Shotgun metabolomic profiling carried out on the same fecal specimens used for MSS indicated that among ICT responders, levels of 83 metabolites were significantly different—either increased or decreased—when compared with patients whose disease progressed. Of particular interest, the analysis showed that levels of anacardic acid, which is found in mangos and cashew nut shells, were increased significantly in all ICT and IN responders. Anacardic acid has been shown to augment bactericidal activity and is known to stimulate neutrophils and macrophages, which may enhance T-cell recruitment to tumor metastases and so enhance ICT, the authors suggest. “…preclinical and clinical studies are warranted on this potentially simple therapeutic intervention,” they stated.

The researchers acknowledge that their preliminary observations “do not establish a firm causal connection between gut microbes and immunotherapy efficacy.” Nevertheless, they state,  “…we plan to pursue larger follow-up clinical studies and more detailed laboratory investigations. Based on these pilot studies, both additional confirmatory clinical studies and preclinical testing of these bacterial species and metabolites are warranted to confirm their ICT-enhancing activity.”

And as Dr. Koh concluded, the findings “…may lead eventually to a probiotic cocktail that could be given along with immunotherapy to enhance the chance of response.”