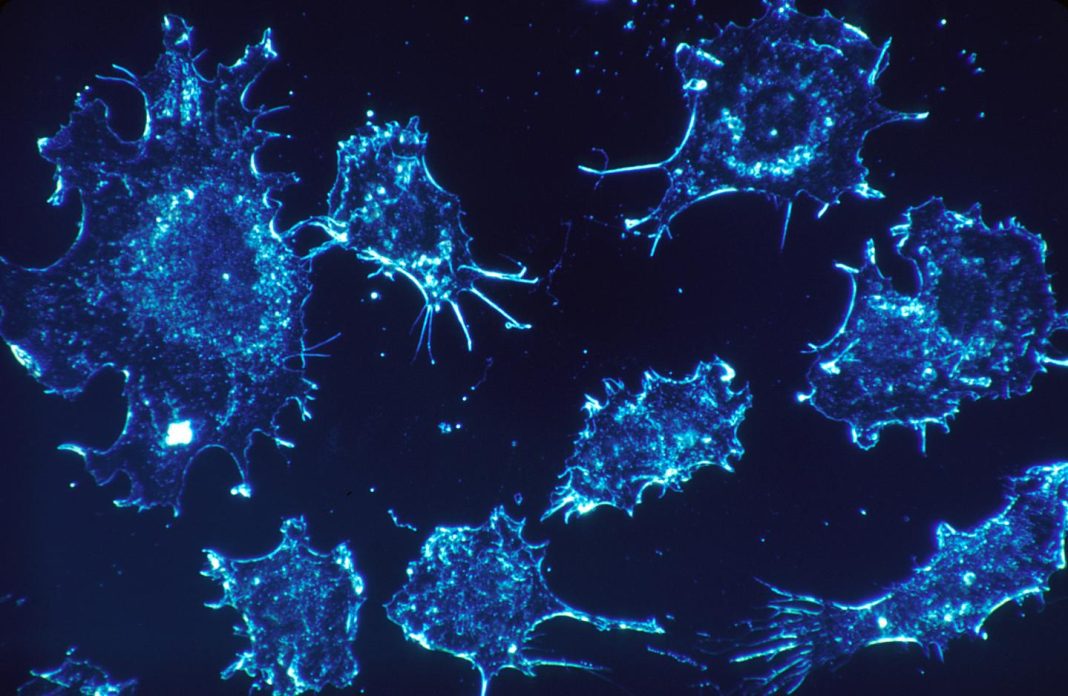 Quiescence, it turns out, is not a single state, but rather a range of states. That is, quiescence may be deep, or light. If we could control quiescence, we might decide to awaken lightly sleeping cancer cells, boosting the effectiveness of chemotherapy. Alternatively, we might decide that deeply sleeping cancer cells should be put into the cellular equivalent of a coma, thereby preventing recurrences of cancer.

These possibilities are being explored by a team of scientists based at the University of Arizona and led by Guang Yao, Ph.D., an assistant professor of molecular and cellular biology. Dr. Yao’s laboratory, a leader in researching the control of quiescence depth, has been focusing on a network of genes called retinoblastoma (Rb)-E2F. Most recently, the laboratory has demonstrated that by altering the expression of different genes in the Rb-E2F network, it is possible to affect the depth of quiescence.

The new findings appeared September 26 in the journal Cell Reports, in an article entitled “Controlling Depth of Cellular Quiescence by an Rb-E2F Network Switch.” This article describes how Rb-E2F may be used like a genetic “dimmer switch” to regulate the dormancy of normal cells and tumor cells.

“Quiescence depth is controlled by the activation threshold of an Rb-E2F gene switch,” wrote the article’s authors. “Deeper quiescent cells feature a higher E2F-switching threshold and exhibit a delayed traverse through the restriction point (R-point).”

Moreover, the study indicated that different components of the Rb-E2F network can be experimentally perturbed, following computer model predictions, to coarse- or fine-tune the E2F-switching threshold and drive cells into varying quiescence depths. In other words, cellular factors, the investigators found, may alter the Rb-E2F threshold and quiescence depth with varying efficacies.

The computer model predictions were subsequently tested in a rat cell model. The investigators increased the expression of various target genes in live cells and observed changes in the depth of quiescence, reflected in how easily cells could be roused from their “sleep.”

“Different components of the Rb-E2F network can be experimentally altered to change quiescence depth to different levels, like adjusting a dimmer switch,” said Dr. Yao. For example, higher expression of one gene (Myc) in the network reduces the depth of quiescence in small increments, whereas higher expression of another gene (Cyclin D) reduces depth of quiescence in larger increments, making it much easier to wake the cells from their quiescent “slumber.”

“The advantage of understanding this 'dimmer switch' mechanism is that we can more accurately adjust the dormant level of cells so that we may specifically target dormant cancer cells, whose quiescent state is likely less stable than that of normal cells,” Dr. Yao commented.

The Rb-E2F gene network has been known to play a pivotal role in normal cell division and quiescence. For example, quiescence research has established that disruption of the Rb-E2F gene network often leads to uncontrolled cell division and cancer formation. Adding to this knowledge, the current study shows that the Rb-E2F–switching threshold explains a major source of quiescence heterogeneity. By illuminating the mechanisms controlling quiescence depth, the current study helps reveal an underappreciated layer of complexity in growth control.

Earlier this year, the Yao lab demonstrated that prior cell growth affects the Rb-E2F switch in quiescent cells, leading to variations of quiescent depth. The Yao lab also identified natural compounds derived from a mushroom that can reduce the quiescence depth of dormant cancer cells, sensitizing them to chemotherapy drugs.

With respect to future studies, Dr. Yao added, “We are investigating how the Rb-E2F switch interacts with other quiescence regulatory pathways to control quiescence depth in different cell types under different conditions, which may help future development of therapies against dormant cancer cells.”