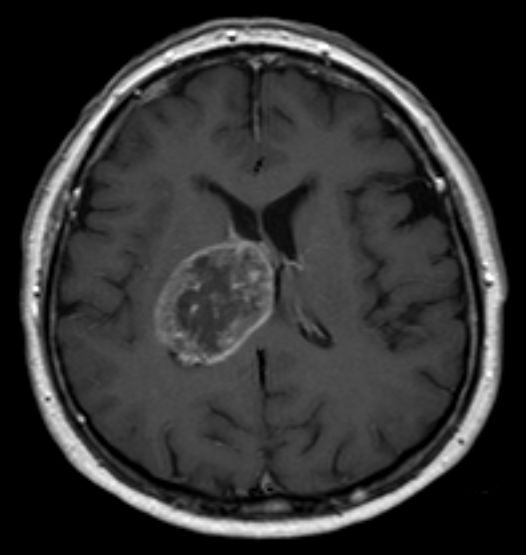 A group of researchers from the University of North Carolina Lineberger Comprehensive Cancer Center have looked into how different mutations in a specific gene help drive glioblastoma (GBM). They showed that mutational status was not linked to a response to a single targeted drug, but it was to a combination of treatments. They used single agent and combination PI3K/MEK inhibitors buparlisib and selumetinib. Buparlisib has been proposed as a potential therapy for GBM and is currently in Phase II clinical trials in GBM patients.

Their study (“PIK3CA missense mutations promote glioblastoma pathogenesis, but do not enhance targeted PI3K inhibition”) was published in PLOS One.

GBM is the most common primary malignant adult brain tumor and the most lethal. The average survival time is 12-15 months upon diagnosis and the five-year survival rate is less than 5 percent.

The PI3K pathway is a therapeutic target in GBM with great potential because 46% of patients have mutations in three of the genes in this pathway making research into PI3K important for drug development.

C. Ryan Miller, M.D., associate professor, at the UNC School of Medicine departments of pathology and laboratory medicine, neurology, and pharmacology, says “when we did the drug studies, we found that the mutation status of the cells really didn't predict response to the drug, unless we included a second drug in combination that targeted a parallel pathway.”

The authors write that “defining how these mutations influence gliomagenesis and response to kinase inhibitors may aid in the clinical development of novel targeted therapies in biomarker-stratified patients.” A much-needed advance in a field where clinical trial results have been disappointing for drugs targeting certain molecular pathways driven by mutations commonly found in the disease.

Dr. Miller adds that “the findings call for a more refined approach to precision medicine for glioblastoma, requiring more information about mutations that occur in a particular tumor.”

“For most of the successful examples of personalized medicine in solid tumors, the targets are hotspot mutations that activate a gene, which activates its signaling pathway, which drives the disease,” Dr. Miller says. “Those tumors are addicted to that signaling. What interested us about this target is it didn't really fit that profile. The mutations were in multiple protein domains, and based on the sequence you could predict that they would have different biochemical mechanisms of action.”

The next goal for the researchers will be to evaluate drugs targeting the particular downstream effects of the different pathways. Dr. Miller says researchers hope future studies could help identify additional potential therapeutic targets in glioblastoma, while helping to guide clinical trials using existing drugs.