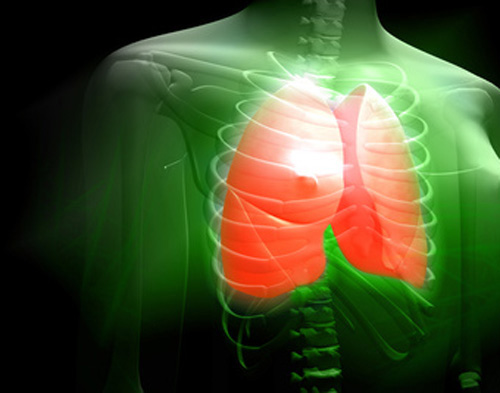 Samumed said it has sold North American rights to its Phase I idiopathic pulmonary fibrosis (IPF) candidate SM04646 to United Therapeutics, in a deal that could generate more than $350 million for the privately-held San Diego biotech.

SM04646 is a small-molecule inhalable Wnt signaling pathway inhibitor that according to Samumed has generated preclinical data showing anti-fibrotic properties in numerous in vitro and in vivo studies. These include a bleomycin-induced model of pulmonary fibrosis where aerosolized SM04646 significantly reduced fibrosis in the lungs compared with vehicle.

“We look forward to delivering what could be a first-in-class, disease-modifying treatment option for IPF patients,” Samumed CEO Osman Kibar, Ph.D., said in a statement. “We are excited to partner with United Therapeutics because of its culture of integrity, level of commitment, and expertise in pulmonology and drug-device combinations.”

In the U.S., Samumed is planning a Phase II open-label study evaluating the safety, pharmacokinetics, pharmacodynamics, and efficacy of SM04646 in subjects with IPF. The study (NCT03591926) had not yet begun recruiting patients as of July 19, according to ClinicalTrials.gov.

The FDA has granted Samumed its orphan drug designation for SM04646 for the treatment of IPF.

United Therapeutics has agreed to pay Samumed $10 million upfront, up to $340 million in payments tied to achieving developmental milestones, and up to low double-digit royalties.

Founded in San Diego in 2008, Samumed focuses on developing treatments based on its technology platform, designed to modulate the Wnt pathway in select tissues with small molecules. On August 6, Samumed said it had closed on $438 million of equity financing, bringing its total equity raised to more than $650 million.

“I've been impressed with Samumed's exhaustive work on the pleiotropic Wnt pathway from the time I met Dr. Kibar at this year's Cura Foundation conference on regenerative medicine, held at the Vatican,” adds Martine Rothblatt, Ph.D., chairman and CEO of Lung Biotechnology PBC, and of United Therapeutics.

Some 300 people attended the Fourth International Vatican Conference, “Unite to Cure: A Global Health Care Initiative,” held April 26-28, 2018. The conference consisted of talks and testimonials from researchers, physicians, entrepreneurs, and patients on advances in the prevention, repair, and curing of disease. The emphasis was on molecular and stem cell therapies, gene editing, as well as advances in prevention and healthcare investment.

“Our months of due diligence have energized our belief in SM04646's fibrosis-modulating properties, and hence unique potential for addressing IPF,” Dr. Rothblatt adds.