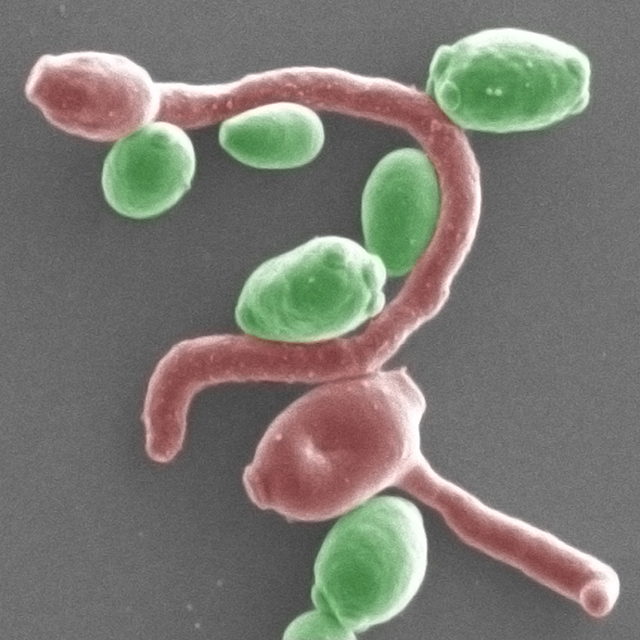 Scientists at the University of Tennessee Health Sciences Center have used a sensitive screening approach and identified compounds that tackle fungal infections by interfering with microbial enzymes required for fatty acid synthesis.

The findings are reported in an article titled, “Identification of Inhibitors of Fungal Fatty Acid Biosynthesis” published in the journal ACS Infectious Diseases on November 17.

Current medications aren’t particularly effective against fungi and can be toxic. Compounding the lack of efficacy of available fungal drugs, is the growing specter of fungal resistance to available antimicrobial treatments. The new study opens the doors for a potentially better and novel therapeutic approach against fungal infections.

The limited efficacy of available antifungals is largely due to patient toxicity, narrow spectrum of activity, and the emergence of fungal resistance. Most antifungal therapeutics target molecules necessary for making fungal cell walls.

In the quest to find better alternatives, Glen Palmer, professor at the University of Tennessee Health Science Center, and his colleagues targeted molecules of fungal fatty acid metabolism in an attempt to overcome the drawbacks of available antifungals.

“We chose to target fatty acid synthesis as the differences in structure of the mammalian and fungal enzymes indicate that there is a really good chance that we can develop antifungals with low host toxicity. We certainly believe this strategy has a good chance of success, as to date there have only been limited efforts to investigate this pathway for antifungal development,” said Palmer.

The researchers zeroed in on fungal fatty acid synthase and desaturase enzymes that are essential for the growth and virulence of human fungal pathogens. These enzymes are sufficiently different from their mammalian counterparts, to make them specific targets for antifungal drugs.

The authors faced technical difficulties in their endeavor such as the lack of a rapid chemical assay to find inhibitors for these enzymes and robust protocols to isolate these enzymes. So, the team developed their own method combining genetic engineering with a whole-cell assay to screen thousands of small molecules, that they call Target Abundance-based Fitness Screening.

Palmer said, “This is a chemical-genetic screening method we developed in my lab that uses whole cells but enables us to identify small molecules that act upon a specific target. This is an efficient way to identify small molecules of interest as hits from the screen must be both physiologically active and are usually target selective. It is an extremely sensitive method.”

The authors grew strains with varying levels of fatty acid synthase or desaturase expression in competition to screen a custom small-molecule library. Those compounds that inhibited the growth of the low target-expressing strains were considered hits.

Although none of the tested compounds blocked fatty acid synthase activity in cell cultures of the fungus Candida albicans, 16 compounds inhibited fatty acid desaturase activity. The authors confirmed their efficacy through dose−response experiments. They found the compounds were effective even against drug-resistant strains of several infectious species of fungi and showed little to no toxicity to mammalian cells. Common to several of these effective inhibitors was a core acyl hydrazide structure which suggests a specific chemical−target interaction.

To confirm the mechanism targeted by the inhibitors, the authors added unsaturated fatty acids to the cultures. This restored the growth of Candida albicans in the presence of inhibitory concentrations of the most potent acyl hydrazides, affirming that the primary mechanism being targeted by the compounds is the inhibition of fatty acid synthesis. The authors also conducted a systematic analysis of the structure−activity relationship and confirmed that the acyl hydrazide core of these compounds is necessary for their inhibitory activity.

Palmer said, “We will next determine if our lead compounds can resolve invasive fungal infections within the mammalian host. Once we have demonstrated efficacy, we will be on the road to drug development.”

Neurocrine Wins $20M from Abbott Related to Elagolix for Endometriosis