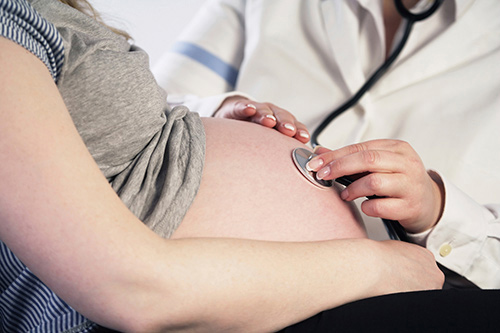 The findings are published in the journal JAMA Network Open in a paper titled, “Association of Preeclampsia With Incident Stroke in Later Life Among Women in the Framingham Heart Study.”

“Contemporary research suggests an association between preeclampsia and later-life stroke among women,” wrote the researchers. “To our knowledge, no research to date has accounted for the time-varying nature of shared risk factors for preeclampsia and later-life stroke incidence.” The researchers sought to determine the relative risk of incident stroke in later life among women with and without a history of preeclampsia after accounting for time-varying covariates.

In the current study, researchers analyzed data from 1,435 women who had given birth and participated in the Framingham Heart Study, an epidemiological study that followed a group of individuals over time to determine the natural history of cardiovascular diseases, including stroke. The health of participants was evaluated every two years, from 1948 to 2016.

Although further research is needed to understand the association between preeclampsia and stroke, the researchers suspect preeclampsia may cause more long-term damage than previously thought.

“Preeclampsia is a complicated disease involving injury to the lining of the blood vessels,” explained Lauren Theilen, MD, senior author of the study and an assistant professor of obstetrics and gynecology at U of U Health. “We used to think it just happened while you were pregnant, then it healed afterward. But preeclampsia may be doing lasting damage to the blood vessels.”

Further studies will be needed as information about physical activity and diet were not available and the Framingham Heart Study did not include women of color in the study. This study is a step in understanding preeclampsia and stroke and knowing this potential risk can help drive further efforts in preventing preeclampsia. Theilen is exploring various physiological mechanisms that could help explain how and why preeclampsia, in conjunction with other vascular risk factors, increases stroke risk among women.

Could Treating Hypertension Without Side Effects be as Simple as Eating...